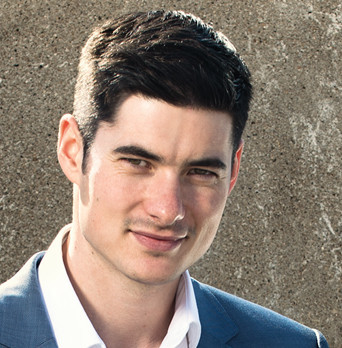 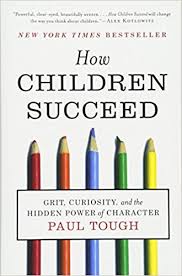 These days, we can find a wide range of books on topic of motivation, success and personal development. When I was talking about overestimating university degrees in my last article, I did not mention the very reason why people become a success. Why is it that a child who was notorious for only getting average marks at middle school turns out to be more successful in later life than a student who had excelled at every subject and, in their youth, had experienced nothing but victory?

The answer is hidden in a brilliant book by Paul Tough called “How Children Succeed”, which should really be made compulsory not only for teachers and educators, but also for parents. According to the author, the secret lies in character – which can be built. This word may surprise some, as character is perceived by a wide audience as something unchangeable or inherent, so to say. In the aforementioned book, however, one of the most quoted psychologists of the 20th century, Martin Seligman, confirms that the contrary is, in fact, true. He defines character as a set of abilities or strengths which are variable. His opinion is that they can be learnt, practiced and taught, for that matter.

Which are the character traits that form the very basis of success, then?

The research of top American pedagogues and scientists outlines the following six:

These traits, which we’ve been building from our early childhood, are the core factors that decide if we succeed or fail at what we do. A single trait that did not make the list above but is definitely a part of so called “BIG FIVE”(1.) is conscientiousness. I really want to mention it here as research shows that this character trait best forecasts the level of career success.

In his book, Paul Tough further mentions some interesting studies which give us incredible insight into the problematics of cognition; or, in other words, into “how we learn/cognize”. I would like to point out one specific study touching the topic of setting goals when it comes to optimistic people as opposed to pessimists, who see obstacles everywhere they look. The study talks about 3 main strategies when setting goals:

~          Rejoicing in success – we can see it with optimists who keep imagining all the success, praise and self-fulfillment. Unfortunately, this does not correlate with reaching their goals in any way.

~          Repeated pondering – this is, on the other hand, used by pessimists who imagine all kinds of obstacles coming their way. This strategy does not work, either.

~          Mental contrasting – this is the only strategy which can lead us to reaching our goal. It consists of focusing on a positive result while also thinking about conquering some specific problems. You are thinking about the future and at the same time, you are anchored in reality.

Dreaming of becoming rich one fine day does not help if we don’t realistically consider the obstacles we will have to overcome.

Falsification a.k.a Guaranteed Road to Success

Maybe not all of us entirely admit this to ourselves – however, somewhere deep inside, we know that we tend to confirm our attitudes rather than contrast them. Put very simply – we instinctively look for evidence which would confirm what we believe in.

What crosses your mind as first when it comes to a rule applied to these numbers?

Thus, the only possible solution is an effort to falsify a certain theory, which most of us usually avoid if we can. Success, however, comes to those who try to step out of their comfort zone and really look for the most suitable solutions using the so called falsification process.

It’s all about our non-comfort, non-success and in-security. In case we handle our experience of failure well and are able to properly think about it (metacognition), we are on our way to building a strong character which is all that our future success really depends on. That is true for adults as well as children.

Paul Tough’s book is an eye-opener for all those who still believe that the sooner their child is able to read, write and count, the more successful they will be in their studies and later life. That may be so – but it will only apply to a specific subject and, at most, within the horizon of 5 years. It will, however, have very little influence on their career. Building the child’s character, on the other hand, is correlating with success way more – and they make it stronger by going through failure and overcoming it rather than bringing home a school report full of excellent marks.